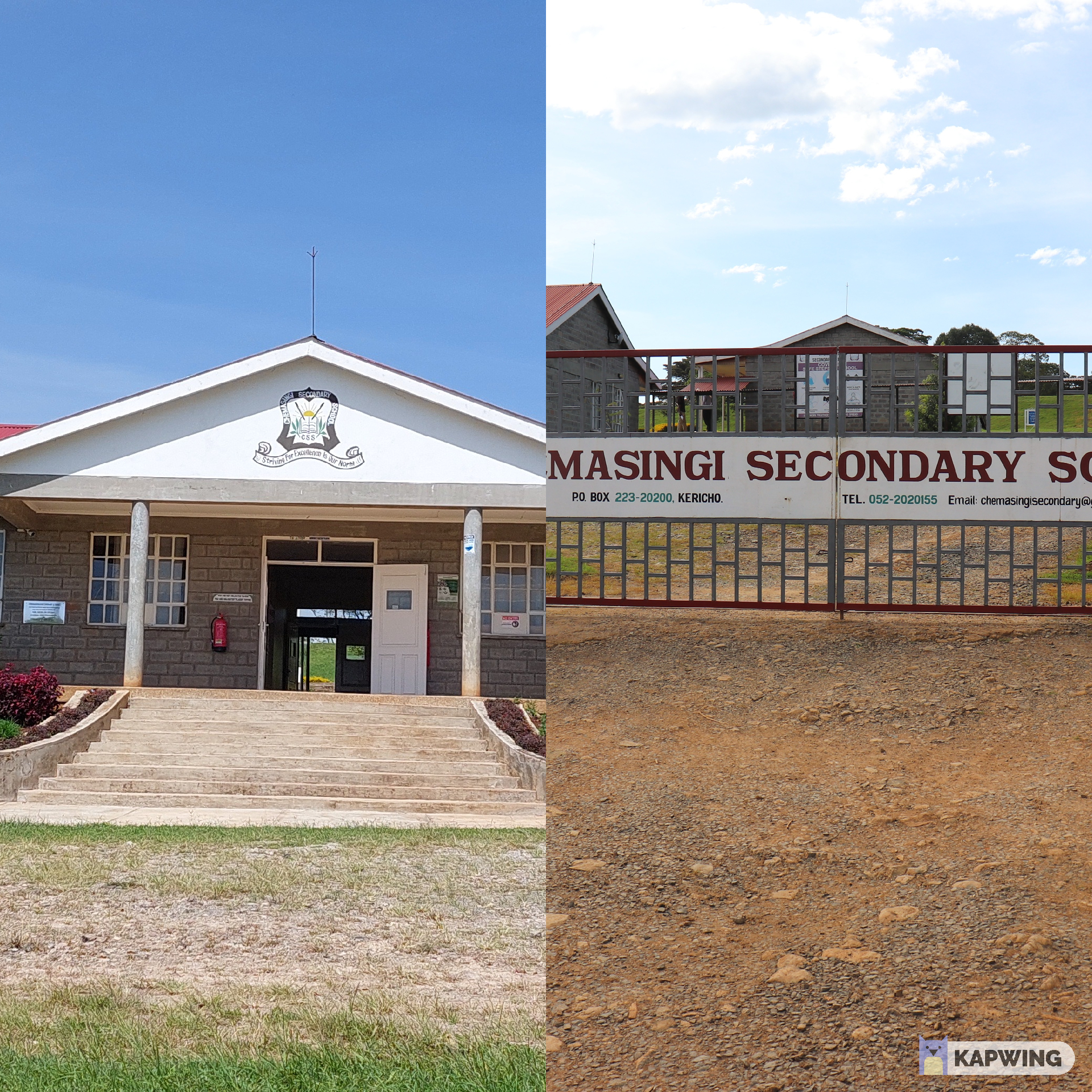 Chemasingi Secondary School is situated in the serene, lush green tea plantations within James Finlay Kenya with a splendid view of the thick Mau Forest. It arose from a need for education for children living in the southern part of James Finlay Kenya and its neighbouring communities of Chepchabas, Chebang’an, and Chemamul. James Finlay Kenya spent Kshs.110 million to build the two-streamed fully equipped school.

According to Mr. Sammy Kirui, the General Manager in charge of Corporate Affairs at James Finlay Kenya, the company recognized the need to provide quality education to the children of its employees and the surrounding community, which led to the decision to invest in the construction of a modern school with excellent facilities. Mr. Kirui went on to say that the company decided to uproot 10 acres of tea stems to make way for the school and invested over Ksh.110 million in its construction. He adds that before the school, there was no secondary school on the southern part of the company, forcing students to walk long distances to school.

“We wanted to address the problem of students walking long distances to get education. Furthermore, the concept of a day school was to allow more parents to pay lower fees and have more time to interact with their children at home,” says Mr Kirui.

Mr. Kirui goes on to say that the goal was to build a two-streamed, fully equipped school tailored to accommodate a population of 45 students per stream.

“Following its completion, the school began accepting Form One students. We did not bring any students from other schools because we wanted to start a school with its own culture. It’s also worth noting that the school has a school bus that transports students from distant tea estates and villages and safely returns them in the evening. I’d like to thank a committee of Finlays employees who worked tirelessly to get the school bus.,” adds Mr. Kirui.

Mrs. Ann Makerer, Principal of Chemasingi Secondary School, says the school was established primarily to meet the educational needs of children of tea estate employees and those from the surrounding community.

“James Finlay Tea Company wanted to provide quality education to the children of its employees and neighbours, so it decided to build an excellence school with modern infrastructure to produce the best students. The school admitted its first class of students in 2017, with the majority of them coming from Finlays and the villages surrounding the company, particularly Chepchabas, Chebang’an, and Chemamul, “ says the principal.

The mixed day school has 300 students, 191 boys and 103 girls.  The school registered its first lot of the Kenya Certificate of Secondary Examinations in 2020 and attained a mean grade of 6.0 emerging the second-best day school in Konoin sub county.  Out of the 58 registered candidates, 18 managed to secure direct entry to public universities. The school has now established itself as a household name in the education sector in both Kericho and Bomet Counties.

“With such encouraging results we now target a mean grade of 6.4 and over 20 students to join the public universities. We know we will achieve our target given the preparations we have made and the effort by our staff and the students,“ remarks Mrs. Makerer.

The principal also stated that James Finlay Kenya, through its Welfare Department, has enabled the school to have one of the best Mentorship programs, where students receive the best guiding and counselling sessions.

Mr. Andrew Langat, a parent at the school, had this to say. “The establishment of the institution was a gift from God to the community and the employees, and as a community, we are grateful to Finlays for the good work done.” The school has improved the relationship between the community and the tea multinational. I see a bright future for the school, which has already made its academic mark in Bomet and Kericho Counties.”

James Finlay Kenya has 5 Day care centres, 31 ECD centres, 12 primary schools, and two secondary schools – Marinyn and Chemasingi – making it a basic education hub. The infrastructure available in the basic education facilities, including teacher housing, is provided for and maintained by the company. Other schools supported by the company include Moi Tea Girls Secondary, Kericho Tea Boys Secondary, and Kericho Primary.